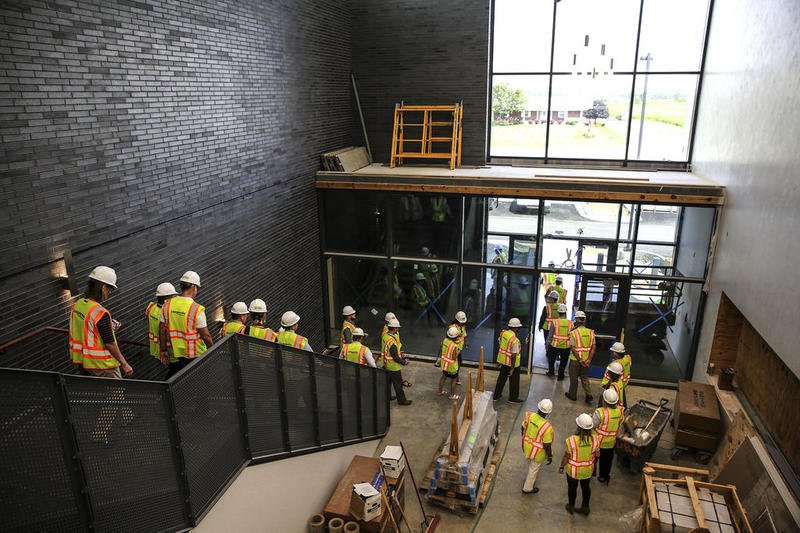 County Board approves contracts that keep project on schedule

JOLIET – The Will County Board approved Thursday a series of measures that will allow construction on the new Will County Public Safety Complex to begin in mid-September.

The County Board approved a guaranteed maximum price of $29,606,029 with Leopardo Companies, the firm contracted to manage construction of the complex. There’s also a 2 percent contingency the board’s Executive Committee approved earlier this month added on top of that number, in case of any unforeseen costs.

In regards to labor associated with the project, the County Board approved a labor agreement with Three Rivers Construction Alliance, aimed at “true cooperation and commitment” between all parties, according to agenda documents.

Within that scope of work, the County Board also approved Thursday the awarding of the first bid package for work to be done on the complex, located on Laraway Road in Joliet. Most of the companies that were awarded contracts are based in Will County.

Bid package two was released on Wednesday. A large number of bids are expected to come in. A third and final bid package will be released next month. The phased release allows for a fast-tracked construction process, Leopardo representatives have said.

In Finance Committee news, Chairman Mike Fricilone, R-Homer Glen, was excited to report that he watched the county’s bond sale a couple weeks ago, and was overwhelmed by the sales. He said the county’s bond issuance sold out in 45 minutes and had more than a half-billion dollars in potential orders.

“We were oversubscribed, which meant our paper was good and people wanted it,” Fricilone said. “We netted a premium.”

This bond issuance will help the county fund capital projects, either planned or proposed, in the coming years. This includes the $195-million Will County Judicial Complex, a northern satellite courthouse and new Will County Health Department building.

Board member Robert Howard, D-Beecher, warned the public to be careful driving on country roads. Recently, he said, a University of Illinois agriculture student was killed in an accident in his district while driving on a foggy morning, surrounded by tall corn. He was hit by a truck.

“Be careful taking those shortcuts through the country,” Howard said.